Benefits of Having Your Medical Marijuana Card in Arizona

You are here:
MMJ 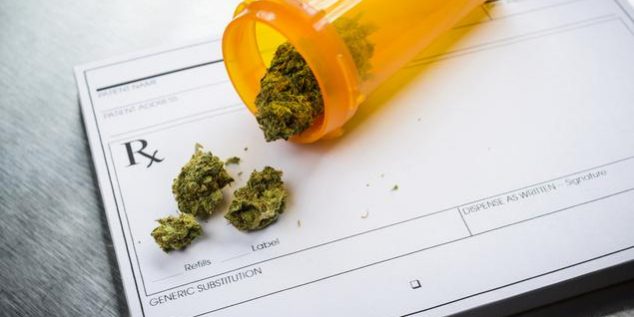 With many states passing recreational marijuana laws, some residents wonder, “When will Arizona be next?” Some of these same residents may then wonder, “If it’s going to be legal anyhow, what’s the point of having a medical marijuana card?” Well, there are many reasons to enroll in the Arizona Medical Marijuana program today. And even if recreational use comes up for another vote (Proposition 205 was rejected by less than 3% of the ballots cast, and attitudes have changed since 2016) your medical marijuana card will still offer you plenty of benefits.

Why You Should Get an MMJ Card

As of today, an MMJ card in Arizona entitles you to possess up to 2.5 ounces of usable marijuana flower (or it’s equivalent in concentrate, edible or topical form) every two weeks. Without an MMJ card, you’re entitled to possess exactly none of that. In nearly every state where recreational cannabis is legal, the amounts of possession allowed without a medical card are less than one ounce. There is no reason to believe Arizona won’t follow suit on this guideline.

The current law allows people who live further than 25 miles away from the nearest medical marijuana dispensary to grow their own plants. You can grow up to 12 plants at a time in an enclosed and locked area.

Though medical cannabis and employment rights currently have a rocky relationship, you’d be far more likely to have problems at your workplace if you fail a drug test and you’re not registered as a medical marijuana patient.

Though medical cannabis and employment rights currently have a rocky relationship, you’d be far more likely to have problems at your workplace if you fail a drug test and you’re not registered as a medical marijuana patient.

Let’s pretend adult-use (aka recreational) cannabis laws are passed shortly. There MAY be other benefits if the Arizona legislature follows what is becoming the standard model for state-level marijuana decriminalization. Those benefits MIGHT include:

So now you know why you should get a medical marijuana card in Arizona. Contact AllGreens today to take care of the how. We can walk you through every step of the Arizona cannabis program certification, sometimes in less than a few days! To learn more about the finer points of Arizona marijuana laws, visit our blog or stop by our location in the greater Phoenix area.

Can Medical Marijuana Help With HCV Symptoms?
May 25, 2021

Marijuana is Legal in Arizona Now. Should I Keep My Medical Card?
March 18, 2021

How to Talk to Your Doctor About CBD and Cannabis
November 6, 2020